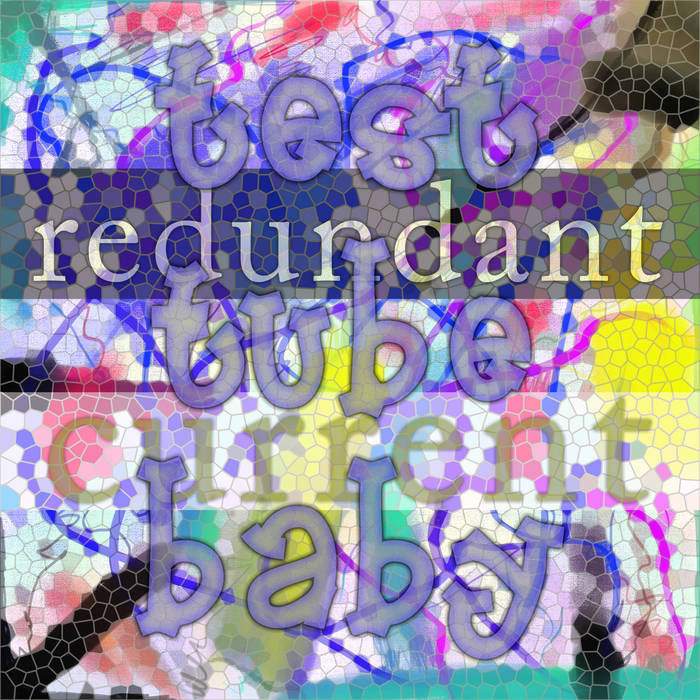 While I was producing the “Wedge” album earlier in 2020, it occurred to me that the songs were mostly improvisational, so I thought of calling the album “Wedge Improvisations” and then I was considering doing a series of remixes of the songs, which I would call “Wedge Recalibrations.” It was an interesting idea, but seemed like a lot of work.

My next album, the EP “Quips,” initially had 9 sets of quotes/quips that I was going to set to music, and the idea that these songs would function like “remixes” of songs that didn’t exist. In other words, the small quotes that were in the remixes were taken from hypothetical songs that included the larger texts from which the “quips” were extracted. As I created the first 3 songs, it became clear that much of the “meaning” of the other “quips” I had initially planned to set to music were already contained, in some measure, in those three songs. So I stopped.

“Redundant Current” picks up on some of the ideas that developed and/or were left behind on “Wedge” and “Quips”. From “Wedge,” the album is composed of “original” songs with improvised qualities, which are then remixed (or “reconsolidated”) with (from "Wedge" and “Quips”) only small portions of each song repeated to form a new composition that, while being comprised of much less unique content, still forms an equally complex composition. Then, also from “Quips,” those three reconsolidated songs (based on the three “original” songs) are combined together to form one song that is redolent of elements from all that preceded it. Then, taking it one step further, that combined song is reconsolidated with even less unique material, but which still recalls all that preceded it in both content and complexity.

The idea with “Redundant Current” is that, upon multiple listenings, everything begins to resemble everything else… which could be said to emulate or represent the experience of memory: While every experience we have is unique and unpredictable… it gets filtered, mediated and modulated through our observation, perception and reflection into something that, rather than destroying who we are with its uniqueness, supports who we are through how it is rendered familiar. Once you’ve listened through the whole album, and then start again at the beginning with the “original” songs… is the additional information and variability contained in these original songs consequential any longer? Even though much of the original songs was “lost” in the reconsolidations… does what was “lost” anymore matter? When we do relisten, is it to gain new perspective or to support our existing identity? Do new experiences change who we are, or do we just ingest them in a way such as to render them consistent with our existing perception of being? And, if we are changed, are we so changed that we no longer have access to any way to know that we are?